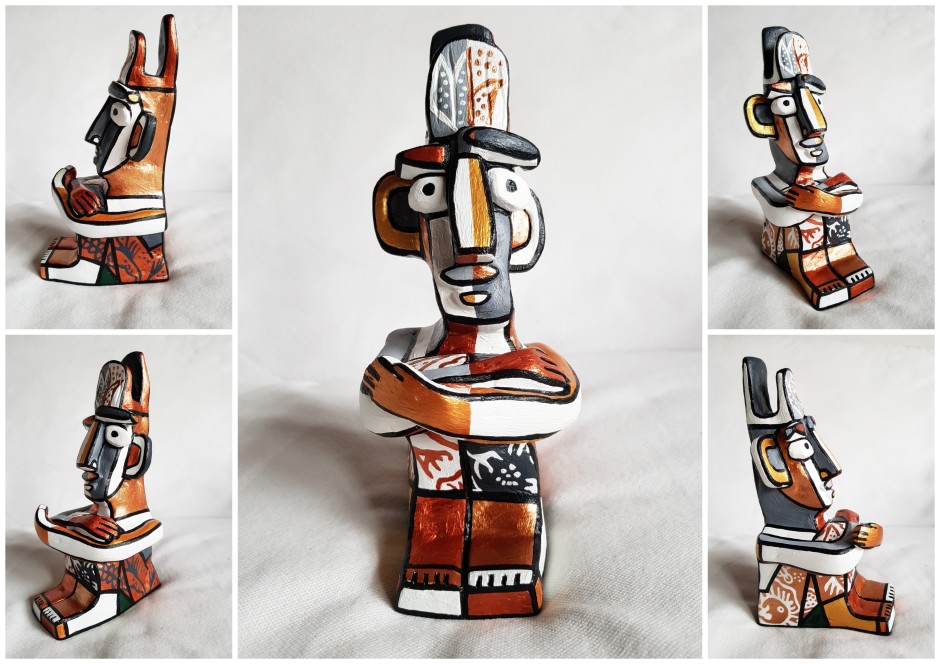 This is the sculpture I made for the annual Indo Business Club Award. I was inspired by the native Indonesian ancestor sculptures I saw about thirty years ago, for the first time, at the Tropenmuseum in Amsterdam. Since then it was always my intention to, one day make my own ancestor sculptures.

But when the Indo Business Club came with the request to make a sculpture for the annual IBC Award, I thought this idea was also perfect for the occasion.

In some cases they got married. When they didn’t get married the woman stayed a “Njai”, a concubine. They often got children, who were legitimized.

Like in my case, from my father’s line. My great grandfather was a son of a German man (Schäfer) and an unknown Dayak woman from Borneo.

When the boy was about three years old his father took the child to Holland, leaving the mother behind. Here he married a dutch woman. Raised the boy who, when he became an adult, went back to the Dutch East Indies at the end of the 19th century and became a journalist at the Soerabaya Newspaper. He was my great grandfather Gerard Dirk Schäfer. And his birth mother was a “Njai”, my Primeval Mother. Her name is nowhere to be found.

From my grandmother from mother’s side it was a Portuguese man ( Pereira) who married and had children with a native woman from Ambon in the 19th century. She was my grandmother’s grandmother “Ootje”. 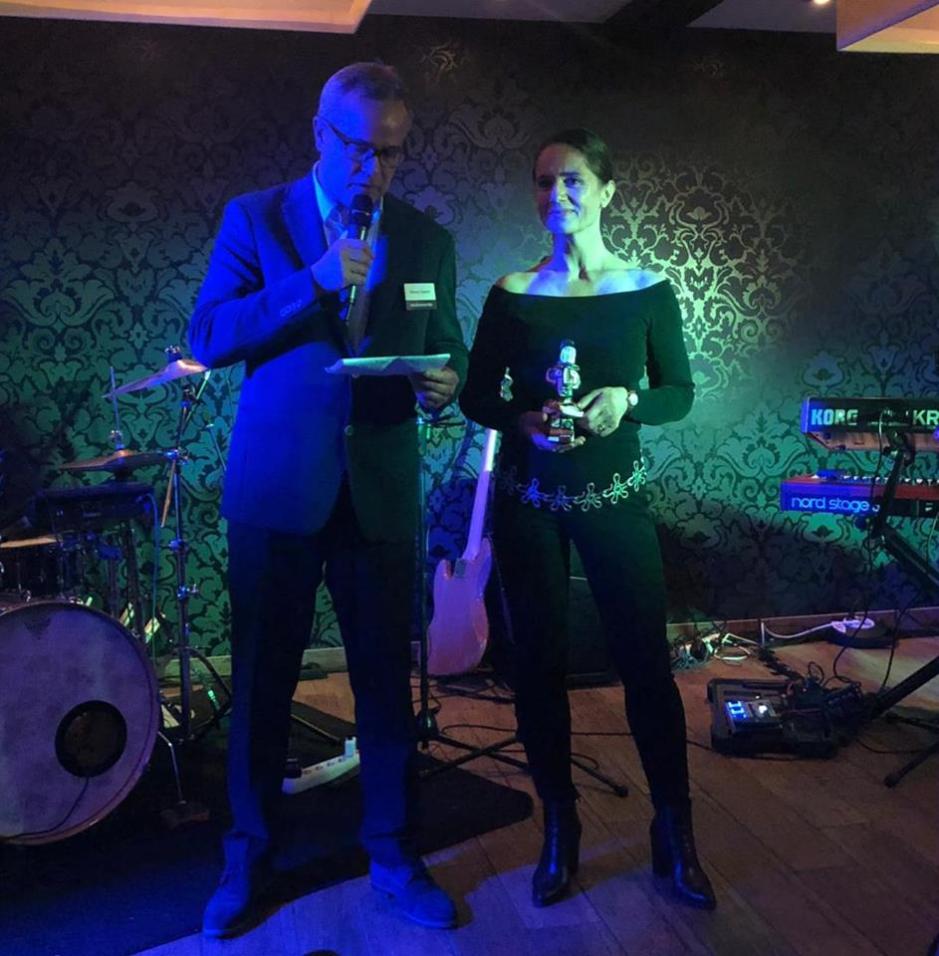 Me introducing my “Ancestor Sculpture” as the IBC Award with Wouter Cosaert at the Ten Year Anniversary Party of the Indo Business Club on the 23th of November 2018.

This first year the IBC Award went to the founder of the Indo Business Club Koos Lefeber. 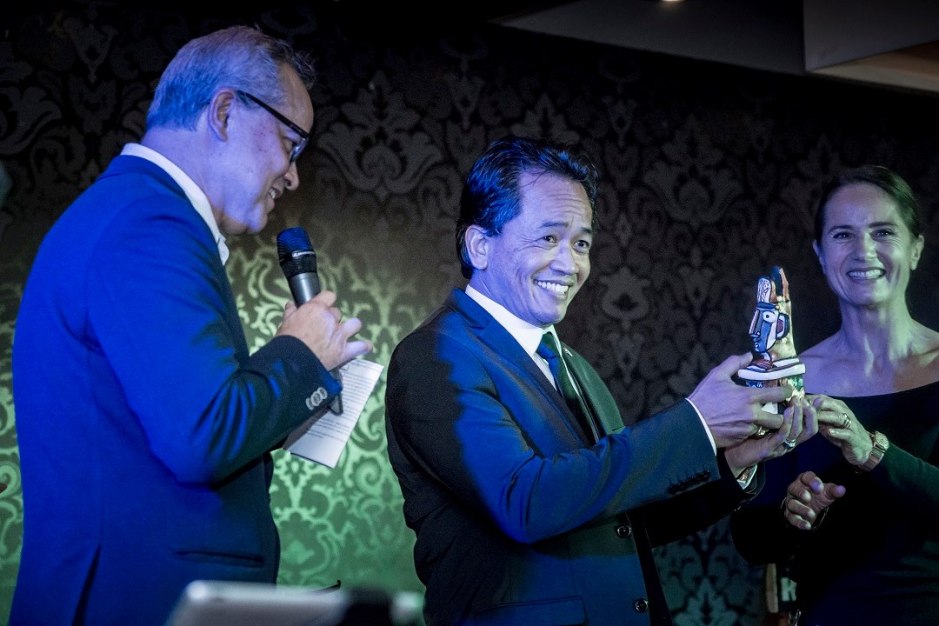 With Wouter Cosaert from the Indo Business Club handing over the IBC Award to Panggih R. Sudarsono, who received it , on behalf, of Koos Lefeber, the founder of the I.B.C.